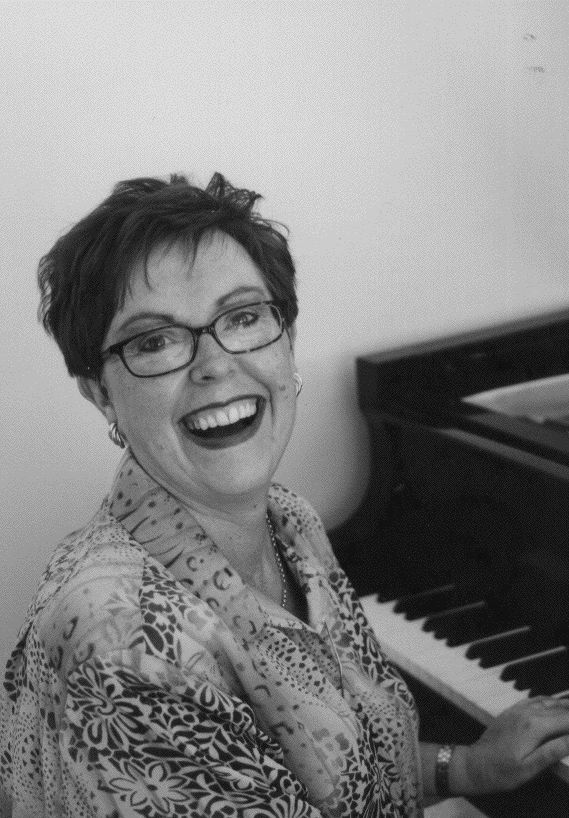 Karen Walmsley is an accomplished performer as well as music educator. She has successfully taught singing for many years, some students having been accepted to study at the Sydney Conservatorium Opera School, Opera Queensland's Young Artist Programme and at both NIDA and WAAPA, and more recently Glynebourne Opera Chorus.

She was invited by Trinity College London as one of nine International Consultants to co-write the Singing Syllabus for 2005-2007. Her proven record boasts 10 students receiving the highest marks in NSW and 8 in Queensland from Trinity College London, all of whom received special commendation.

Karen has adjudicated at eisteddfodau in New South Wales and Queensland.

As a soprano she has studied in Australia with Raymond Myers, Ghillian Sullivan, and Irene Waugh, and with the late Vida Harford in England. As a young singer, Karen was a NSW National Finalist in Opera Foundation's Wenkardt Competition.

For Opera Australia, Karen performed in the internationally acclaimed Baz Luhrmann productions of La Boheme (1991 and 1993), which was simulcast on ABCTV and throughout the UK and the USA. As well, she performed for twelve months in Cameron Macintosh's Sydney production of Lloyd Webber's The Phantom of the Opera, understudying the role of Madame Giry.

In 2000, Karen sang with the Sydney Symphony Orchestra in its performance of Wagner's Gotterdammerung as part of the Olympic Arts Festival, and also performed backing vocals for Michael Crawford's national tour. In music theatre, Karen sang the role of Alice in Martin Wesley-Smith's Boojum!, Doreen in George Dreyfus's The Sentimental Bloke, and was cast as Beatrice in Nick Enright's The Venetian Twins. She also appeared as Guest Artist with Rob Guest in his concerts at Gold Coast Arts Centre in 2004.

In 2001, Karen was guest soloist for the Sydney Male Choir's Federation Tour of regional NSW and QLD, and their Sydney Town Hall concert with jazz supremo, Don Burrows. She appears on their CD entitled Encore in excerpts from this concert.
Among her concert works are Messiah, Samson and Saul (Handel), Dixit Dominus (Handel), Christ on the Mount of Olives (Beethoven), Mass in C (Beethoven), Requiem (Mozart), The Good Samaritan (Butterley), Gloria (Vivaldi) and Gloria (Poulenc).

Her substantial operatic repertoire includes the roles of Konstanze (The Abduction from the Seraglio), Susanna (The Marriage of Figaro), Countess Almaviva (The Marriage of Figaro), First Lady (The Magic Flute), Mlle Silberklang (The Impresario), Mme Euterpova (Help! Help! The Globolinks), Rowan (Let's Make An Opera), Adele (Die Fledermaus), Miss Pinkerton (The Old Maid and the Thief), and Mercedes (Carmen).

For two seasons, Karen sang with Opera Ensemble in Sydney and performed at the Adelaide Festival Fringe in a season of Menotti's The Old Maid and the Thief to rave reviews. Karen has sung with the acclaimed Brisbane chorale, Canticum, for 2 years.

Her impressive list of Gilbert and Sullivan performances include the title role in Patience, Phyllis (Iolanthe), Yum Yum (The Mikado), Pitti Sing (The Mikado), Mabel (The Pirates of Penzance), Lady Psyche (Princess Ida) and Angelina (Trial by Jury). With the Hunter Symphony Orchestra and special guest Denis Olsen, Karen sang in a series of unique G & S concerts under the baton of Graham Abbott. With the Hunter Orchestra, Karen also sang the National Anthem at a Civic reception in Newcastle for HM Queen Elizabeth II and HRH The Duke of Edinburgh.

She has broadcast on ABCFM -- live concert excerpts from Mozart's The Abduction from the Seraglio at the Newcastle Conservatorium Concert Hall, two arias of which were released on CD, and most recently as a member of Cantillation singing Brahms's German Requiem with the Sydney Symphony Orchestra in the Concert Hall of the Sydney Opera House (2007).