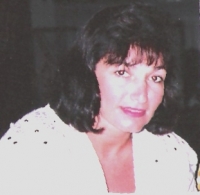 Pamela Gouveros (nee Rallis) studied Piano at the age of five under the tutelage of the late Adene McGuinness. She was awarded first prize in the Classical Piano Performance in 1968 as a young piano student.

She was always inspired by children with sight impediment and conducted some voluntary work between 1972 -1973 at the School for Blind Children North Rocks Parramatta, under her mother’s guidance, where she discovered many children with sincere music talent and sensitivity at playing the piano. This touched her and inspired her even more to teach music to children where she felt she could make a connection.

Pamela is a Graduate of Sydney University where she studied Music Pedagogy. She has been a full member of the NSW Music Teachers' Association since 1995. She was also awarded Accreditation for Music when Warren Thompson was Director of the Conservatorium of Music for her participation in music and theory, at the Conservatorium.

Pamela is Member of ISME where she has presented her work ‘Kromata’- a program inspiring young children with movement and solfege as an introduction to Piano Studies.

After the Beijing Conference she was also active in the Intercultural Conference: Early Childhood and Music, Athens, Greece 2007

Pamela was a Representative, Australian Council for the Arts (NSW) between 2006-2009.

She was Peripatetic Music Staff of Santa Sabina College/ Del Monte Strathfield 2009 – 2011 where she had fifty private students that she enjoyed teaching. In 2012 she took a break to travel in Europe with Music participation in Athens Greece. When she returned to Australia she set up her private studio again, where she is very passionate about her students and her commitment to teaching and inspiring students of all ages and levels.

Pamela conducts Theory workshops and student recitals as well as hosting AMEB Exams in her own studio for the convenience of her students.

'Music is a universal language that unites all things beautiful: children, people, knowledge, discipline and freedom to enable to express oneself. Music is an essential tool that should be part of every person's life’. Pamela Gouveros

Pamela’s approach to her teaching is an organic one, implementing suitable teaching strategies directed to each individual student. Her ultimate aim is to create a ‘love of music and creativity’.