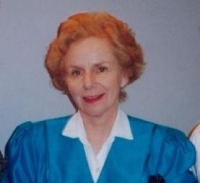 Patricia Donohoe (nee Harris) came from a musical family. Her grandfather played the flute. Her mother played the piano and soprano saxophone. Her father played the banjo and the cello and her brother played the trumpet. Patricia began formal piano lessons at the age of three. She attended Brigidine Convent, Randwick where the nuns advised her to learn the flute and join the school's symphony orchestra. Her teachers and family members provided an exciting, encouraging musical environment.

Victor McMahon became her flute teacher from the age of ten for many years at the NSW Conservatorium of Music and under his excellent guidance she was awarded the DSCM (teachers) and, two years later the DSCM (performers). She studied piano with Nancy Salas and singing with Leo Demant at the Conservatorium. She was awarded the ATCL (won gold medal for 1st in the state in singing) and LTCL in singing. Patricia was awarded a Commonwealth Scholarship and a Teachers' College Scholarship as a result of her Leaving Certificate results. She accepted the latter and successfully completed the four year music course at Sydney Teachers' College and the Conservatorium to become a secondary school specialist music teacher.

She taught music in NSW secondary schools for several years before going to England to teach in a girls' grammar school in Kent for one year. This exchange experience was arranged for her by the League for the Exchange of Commonwealth Teachers and the NSW Department of Education. She gained more diplomas in flute while in England. On her return to Australia she wrote a report for the NSW Department of Education on the training of music teachers.

One year after her return from England she was appointed as a full time Lecturer in Music Education by the NSW Department of Education. After many years lecturing in music education and flute, Patricia resigned because of family commitments. She later turned to school teaching and was appointed to teach music in selective high schools.

Patricia was the first person to be awarded the Master of Music degree from the University of NSW in April 1988. Her research project for this degree, 'Breath of Dirima' was an ethnomusicological study of the music, especially the rich flute music of the people of Dirima, a village in the Chimbu Province of Papua New Guinea. Patricia had visited Dirima with her young family to study and record this music. Copies of her research project were lodged with the Music Department of the University of NSW, the Institute of Papua New Guinea Studies in Port Moresby and the Australian Museum.

In 2003 Patricia completed a post graduate certificate in TESOL. She retired from the NSW Department of Education and Training recently and is now concentrating on teaching the flute privately. Patricia teaches students of all ages and levels and hopes to pass on her love of the flute to her students.