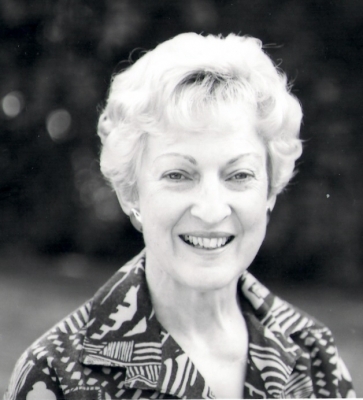 Dorothy Hill Mewes was born in Bathurst, New South Wales and lived at Eglinton, a small country village four miles out of Bathurst. Dorothy didn't begin her musical training in piano and singing until her late teens due to the family's financial hardship but when she moved to Sydney she continued her vocal studies gaining an AMusA in 1969. Shortly after, she continued voice and keyboard studies at the Sydney Conservatorium of Music for three years.

Dorothy Hill Mewes' interest in composition has grown out of her experience as a singer and teacher. She is an inspired teacher and tailors her instruction to the individual and thus often composes small pieces to illustrate a point of technique, musicianship and artistry. Her book 'Dreaming' containing three vocalises and six songs for children, was first published in 1996. Dorothy had a further publication in 2003, 'The Mermaid Song and Moon Spirit' which was written for singers 16 years and over.

Her lifelong passion for her craft has involved her continuing professional development; including an overseas study tour to Europe focusing on music history, a period in England studying vocal technique with leading teachers, training in the Jo Estill method and in vocal anatomy and physiology, also attending international voice congresses. She has conducted workshops on repertoire for the developing voice for the Australian National Association of Teachers of Singing.

Dorothy has sung on ABC and 2UW radio and has performed in many shows, concerts and recitals; one of her life experiences was to sing the 'Verdi Requiem' with the Australian contingent with the World Festival Choir in Italy and Australia. In 1998, Dorothy was awarded a Graduate Certificate in Singing Pedagogy from the University of Western Sydney.

In 2005, Dorothy has students performing in Music Theatre and Opera. She is also in the process of completing other compositions for future publications. Dorothy is an accredited private music teacher.