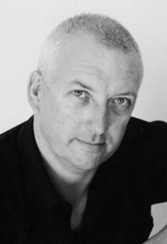 At the Sydney Conservatorium, he studied for the DSCM in piano with Eunice Gardiner and Gordon Watson, as well as organ with Robert Ampt at Sydney, and Sharon Raschke at Newcastle.

He has worked for Trinity College London since 1990, and was awarded Honorary Membership to the College by the College’s patron, HRH The Duke of Kent at a ceremony in London’s Wigmore Hall in 1995, in recognition of his contribution to music education and Trinity’s work in Australia. He was appointed State Manager in 1998 and National Manager in 2000. In 2002 in London, he was again the recipient of an award: the Chairman’s Award from Lord Geddes (Chair, Board of Governors).

He has been Musical Director for a number of productions and events. For the Gold Coast Arts Centre, he was the MD for the Australian premiere of Jekyll & Hyde starring Rob Guest (2004), as well as a special Tsunami Benefit Concert. For nearly five years he was Director of Music at The Southport School on Queensland’s Gold Coast. In 2005, he was appointed as Director of Music at The King’s School, Sydney.